Last week Instagram released a brand new feature called Stories. The idea was a good one.

We know that already because it's been working extremely well for Snapchat for the last three years.

To understand the feature and why Instagram decided to introduce it, it's important to understand both Instagram and Snapchat at a core level.

Instagram gained in popularity because it allowed amateur photographers to add filters quickly and easily to their photos to make them look like professional shots.

The strategy worked amazingly well, making Instagram one of the largest social media networks in the world today.

With the "best pictures" setup, however, comes with it an important limitation: You're not supposed to post a lot of pictures on Instagram.

In fact, I've even given the advice to enforce a strict two-posts-per-day maximum on your Instagram account (and even that is probably too much if you post every day).

Snapchat saw this limitation and filled the gap, becoming the go-to social media platform for sharing pictures of your every day life.

This made a lot of sense on Snapchat where all pictures were designed to disappear after a very short period of time (10 seconds maximum for sharing direct with other users, 24 hours for pictures shared on your story).

Snapchat saw this limitation and filled the gap, and has become the go-to social media platform for sharing pictures of your everyday life. 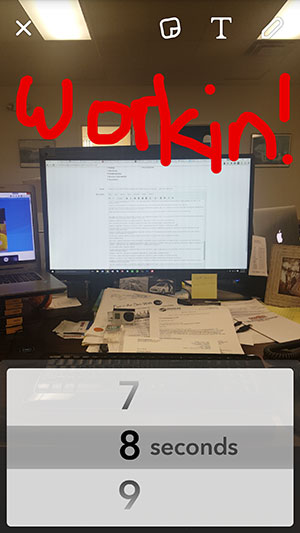 This made a lot of sense on Snapchat where all pictures were designed to disappear after a very short period of time (10 seconds maximum for sharing direct with other users, 24 hours for pictures shared on your story).

Snapchat brought filters of their own designed just for fun rather than to make your pictures look professional.

Users responded and have been flocking to Snapchat as of late to share the more common events of their day.

Instagram responded to Snapchat once with their “Direct” feature designed to send images to a single user at a time.

Even at the time, it was obvious this was an attempt to respond to the success of Snapchat by providing the same feature Snapchat was known for, just without the auto-delete feature.

However, the latest data I can find on the subject shows that only about 25% of Instagram users utilize the feature, and I personally have received only a handful of direct messages on Instagram.

Yes, this was a Snapchat ripoff but at least Instagram had the common courtesy to come up with their own name for the feature.

With Stories, Instagram has blatantly ripped off Snapchat’s most popular feature, and they didn’t even bother trying to come up with a new name this time.

Photos and videos added to your Instagram story disappear after 24 hours, you can doodle on them, you can add filters and overlays, videos are limited to 10 seconds … aside from some very subtle differences, it’s a complete copy of Snapchat.

But, all of that doesn’t mean it won’t be effective.

In fact, brands in particular have traditionally had a very hard time finding a way to utilize Snapchat to promote their businesses outside of the paid options Snapchat has made available. 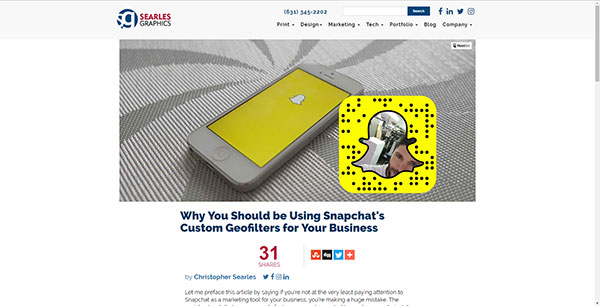 Instagram on the other hand has been entirely responsible for a large number of success stories.

The primary reason is that Snapchat was built around privacy and secrecy, where Instagram was built for discovery.

Discovery on Snapchat is non-existent; you need to have someone’s username or phone number to add them on Snapchat (or a snapcode).

Instagram has powerful hashtag, geolocation, and search features built into the core of the platform and has always been primarily about discovering great photographs and interesting users. 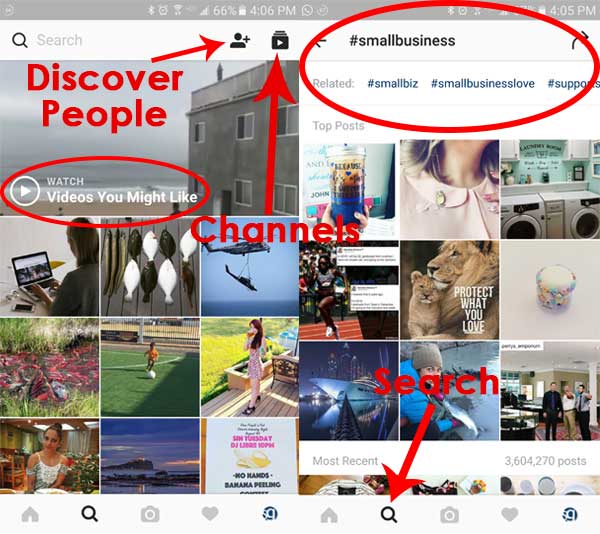 And while Snapchat has been on a tremendous growth spurt, Instagram’s still boasts a larger active user base, and it’s a lot easier to get an existing user to try a new feature than it is to attract a new user.

That’s why Instagram’s imitation play might actually pay off big. While older users are still hesitant to install Snapchat, there are very few Snapchat users that aren’t also Instagram users.

For brands, it’s also a way to reach the existing follower list they’ve spent years building up rather than trying to find a way to develop a brand new following on a platform that doesn’t seem to offer a good way to do so.

This is a factor that is not to be overlooked. As social media networks mature, brand loyalty boils down to being where your followers are.

How Public Libraries Can Still Serve their Communities While Closed

How to Use Google Analytics - The Messengers Podcast